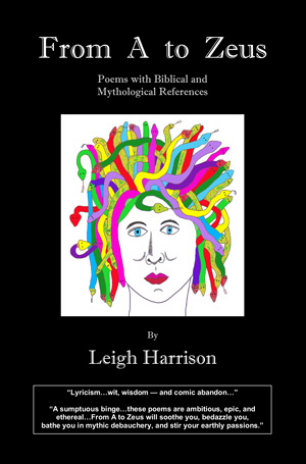 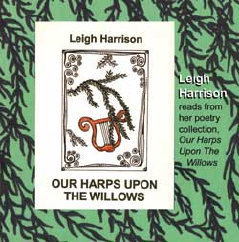 WordCrew (a subsidiary of SongCrew) has also produced a number of other recordings, among them, these two by Larissa Shmailo.

Bob Perfetto did the audio engineering on the
CD, and produced and mastered the final tracks on the CDs, No-Net World and Exorcism.  Bob's original music accompanies several of the tracks.

Leigh Harrison shot the photographs for the CD, Exorcism, and Leigh's photos grace the front
and back covers.  Leigh also helped created the layout and design of the back cover of No-Net World, as well as contribute one photograph.
: CDs
WordCrew released Leigh's spoken-word CD of her reading the poems in "Our Harps Upon the Willows," originally published in 1999 by Cross-Cultural Literary Editions.

The book is a collection of poems dealing with spiritual faith and doubt.  The CD release party was held at the Hudson River Coffee House in Albany, NY, at a poetry reading hosted in May, 2018 by author Harvey Havel.